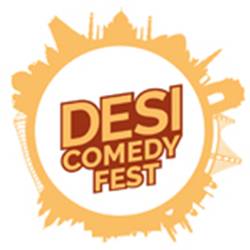 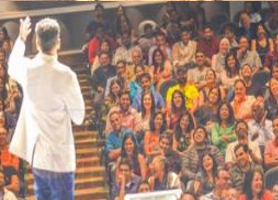 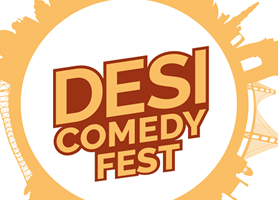 Desi Comedy Fest is the largest South Asian comedy festival in America. Desi, pronounced as â??They Seeâ?, is a loose term for the cultures and products of South Asia and their diaspora, derived from the Ancient Sanskrit ??? (de?Ã¡ or deshi), meaning Land or Country. "Desi" countries include Afghanistan, Bhutan, Bangladesh, India, Maldives, Nepal, Pakistan and Sri Lanka. On 14th & 15th August 2013, Samson Koletkar produced 2 shows with 2 Pakistani & 3 Indian comedians to celebrate Pakistani & Indian independence days. The semi successful run of those shows planted the seed for something bigger. Sometime after the fest Samson met his friend and fellow comedian Abhay Nadkarni at a comedy show. During the car ride back they talked about how thereâ??s a cultural zeitgeist in the south asian community with the new generation pursuing comedy as a profession! That discussion spawned into the launch of Desi Comedy Fest in August 2014 with 4 sold out shows in 4 cities across the San Francisco Bay Area. Our vision is to showcase the funniest South Asian comedians and create a unique live comedy experience for the South Asian diaspora.