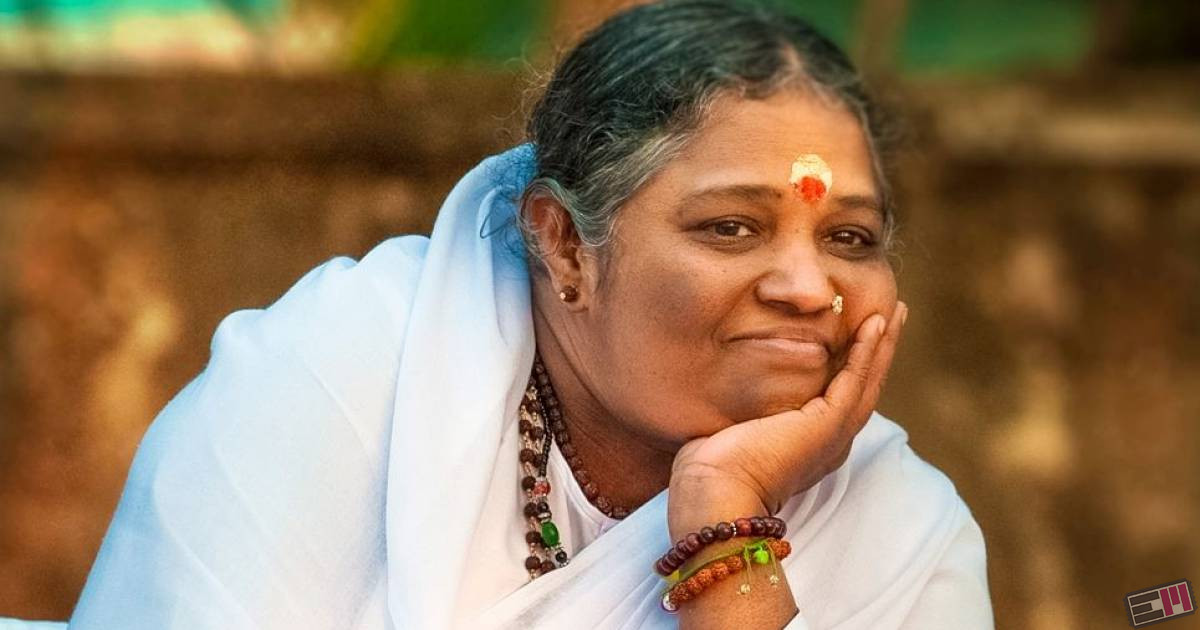 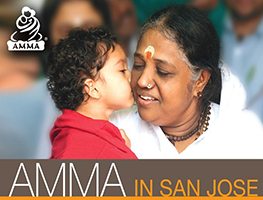 Mata Amritanandamayi was born in a remote coastal village in Kerala, South India in 1953. Even as a small girl, she drew attention with the many hours she spent in deep meditation on the seashore. She also composed devotional songs and could often be seen singing to the divine with heartfelt emotion. Despite her tender age, her compositions revealed remarkable depth and wisdom. When she was nine years old, her mother became ill, and Mata Amritanandamayi was withdrawn from school in order to help with household tasks and the care of her seven siblings. As she went door-to-door gathering food scraps from neighbors for her family’s cows, she was confronted with the intense poverty and suffering that existed in her community, and in the world beyond it. Where Mata Amritanandamayi encountered people in need, she brought them food and clothing from her own home. She was undeterred by the scolding and punishment she received from her family for doing so. She also began to spontaneously embrace people to comfort them in their sorrow. Responding to her affectionate care, they began to call her Amma (Mother).