With an immensely rich and complex history spanning several millennia, India offers an overwhelming palette of visual options. Indian classical art is filled with hidden symbolism. When decoded, we find these symbols still hold powerful meanings today and help us to better understand the human experience.

Join dancer, painter, and actor Mesma Belsaré for this interactive exploration into sacred geometry in classical Indian art. Using visuals, dance, and lecture, Mesma guides the audience through the geometric design principles behind some of the classical images in Indian art and their hidden meaning.

Mesma Belsaré is a dancer, painter and actor who has been described by The New York Times as "a tour de force" and "as mesmerizing as staring into the heart of a fire" by The Dance Current Magazine. She studied Bharatanātyam at the Kalāpadma Academy in Bhopal, India and the Nātya Vriksha Academy of Performing Arts in New Delhi, India. Mesma is currently continuing her studies with Maya Kulkarni in New York City. Solo dance venues include The Lincoln Center, Asia Society, Alvin Ailey Theater, The Lincoln Theater, Siri Fort, and the Harbourfront Centre. Having studied Indian classical music and dance, painting, theater, and both Indian and European aesthetics, her work derives inspiration from performing and visual arts alike. Mesma a is recipient of the Cambridge Arts Council's Artist-Grant, the Government of India scholarship for advanced training in Bharatanātyam and Indian classical music, and the New England Foundation for the Arts DANCE grant. 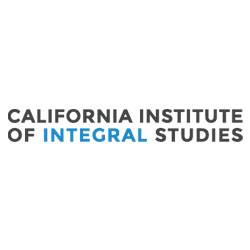